Variable cost is the expense that fluctuates in proportion to the activity generated by a company or, in other words, that which depends on the variations that affect its business volume. 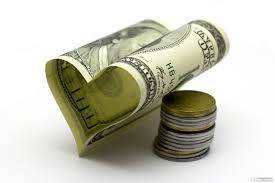 It may be the case that if an organization is dedicated to the production of wine -a winery- it will need a good grape harvest as raw material in such a way that if it increases its activity rates, it will require a greater quantity of product and, as a consequence , you will also see your variable costs increased. As can be seen in the graph, with increases in production -volume- there are increases in variable costs.

Other examples of this type of expense can be specified with income taxes (which fluctuate depending on the latter) or with commissions related to the sales of goods or services (which will also vary depending on the good in question).

As its very nature indicates, variable costs change depending on the number of units produced in an organization, in relation to its business volume. For this reason, it can be classified into three different categories:

1. Proportional variable cost: Corresponds to that which varies in the same proportion as the entity’s production level; likewise, the unit variable cost remains constant.

2. Progressive variable cost: It is related to the one that changes more than proportionally in the face of variations in the level of production; on the other hand, the unit variable cost is increasing.

3. Degressive variable cost: Defines the one that fluctuates less than proportionally to variations in the level of production. The unit variable cost is decreasing.

The characteristics of the variable cost are:

1. If the production of articles, goods or services is canceled, the variable costs disappear.

2. The amount of variable costs will tend to be proportional to the amount of goods produced.

3. Variable costs do not depend on time but, as already underlined, on the volume of business of the company.

4. This type of expense can be controlled and managed in the short term.

5. It is regulated and classified by the entity’s administration department.

In short, the variable cost can help to verify the economic results of an organization by offering accurate information on the behavior of the business: if production activity increases, this type of expense will also increase and, vice versa, if it decreases or falls, variable cost will respond similarly.