The unit cost or unit cost is the monetary value of producing a good or a service. It is usually calculated as the cost of producing all goods divided by the number of goods produced. 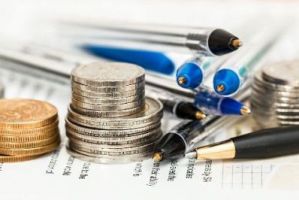 It is essential in business to know how much is the unit cost of what it costs to produce a good, because that will have a direct impact on the price of the final product and probably on the customer’s decision to purchase it.

How to calculate the unit cost of a product or service

To calculate the unit cost, the sum of fixed and variable costs, divided by the quantity of goods produced, are taken into account.

However, there are also other "expenses" that can be included, such as the so-called "GAV", or Administration and Sales Expenses, which are not considered Costs, since they do not have a direct return, or the expense of resources does not represent necessarily an investment.

An example of GAV is what the company spends on printing invoices, buying pencils, ink for printers, flavorings for the sales room, etc. Expenses that are of the business and that indirectly affect the sale of the products. It is suggested that a percentage be assigned to these expenses and also charged in the Total Cost.

Suppose that an entrepreneur owns a bakery and does not know at what price to sell a piece of his best cake. The only thing his accountant managed to tell him before going on vacation was to sell it at 30% over the total cost.

The entrepreneur broke down his Total Costs as follows, considering what he paid in the last month:

The entrepreneur took the previous month as a reference and realized that to produce 200 cakes, he needed 200 biscuits, 100 jars of chocolate cream and 100 bags of jam, with the prices of each product being 4 USD.

For what you spent:

If we divide between the 200 cakes that were produced in the month:

To calculate the price that the commercial wants to charge, he adds the 30% margin :