The history of tourism, in addition to being extensive, is very varied. And it is that, throughout history, there have been continuous innovations that have professionalized and consolidated the sector within the economy. 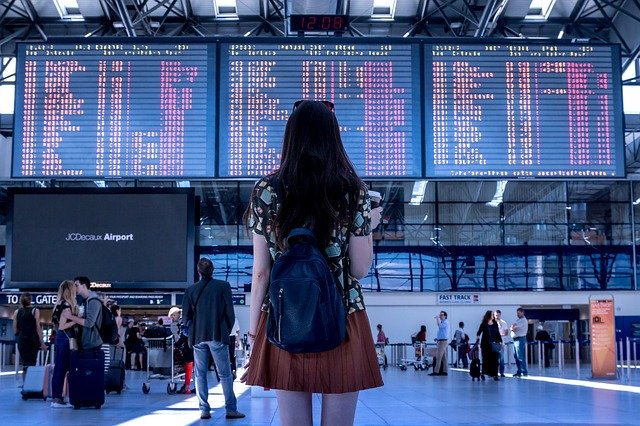 The appearance of the railway, the steam engine, the automobile, even the airplane, have been generating great contributions that, in one way or another, have been consolidating the history of tourism and a long historical evolution.

The term tourism, according to the UNWTO (United Nations World Tourism Organization, for its acronym in English), refers to those activities that people while traveling, carry out in the destination environment. That is, those activities that, for business, leisure or any other activity, are carried out in an environment other than the place of origin.

There is also a classification based on the period of time that the stay is extended. That is, depending on the length of the stay, the tourist can be classified into two types. First of all, the tourists. In other words, those who spend the night at the destination, extending their stay more than one calendar day away from their place of residence. On the other hand, we have the hiker. This is characterized by the fact that, being a foreign or national visitor, they do not spend the night in the destination territory, so they return to their place of origin without spending the night at the destination.

Evolution and history of tourism

As we will see below, tourism has had a great evolution throughout history. From the Templar crusades to conquer the Holy Land to the appearance of the plane, tourism has undergone a great number of advances that, after centuries of history, have positioned it as one of the largest economic sectors in the world economy.

Tourism in the Ancient Age

Tourism, as we know it in the 21st century, was born in the 19th century. The Industrial Revolution, in a global context, caused an exponential growth in travel and displacement between territories. For very different purposes, such as wars, leisure, commerce, conquest, as well as other types of purposes, tourism has not stopped growing, as all infrastructure and transport have been developed.

However, although tourism as such considers its beginnings in the 19th century, it has existed since the beginning of history. Already in the Ancient Age, the Roman Empire designed and built infrastructures to promote transport between the different territories that the empire possessed. The Roman roads, of which great remains are still preserved, were considered the first roads in history, where the Romans traveled from one side to the other.

Tourism also developed in classical Greece. The trips and movements of people between the different cities that made up the Greek territory represented a very reliable image of what we know today as tourism. The Olympic games, for example, held in the city of Olympia, attracted many citizens from different parts of the Greek territory. This caused thousands of people to travel to the city, in order to attend the Olympic games.

All this, in a scenario in which Rome was expanding its territory, as well as Greece, supposes an impulse for the development of infrastructures that would allow that better connection between territories. A connection that was established through the aforementioned Roman roads, as well as all the maritime infrastructure that the Greeks promoted to promote transport and migrations between the different territories.

Tourism in the Middle Ages

With the fall of the Roman Empire and the decentralization of the fiefdoms, the feudal system caused a paralysis in tourism. The Middle Ages represented a period of great warlike conflicts that discouraged the practice of tourism. And it is that, the relations of vassalage between the citizens who could not leave the lands of the feudal lord, as well as that decentralization in small fiefdoms facing each other, caused migrations to stop happening with the same frequency that occurred in the Ancient Age .

However, other empires such as Islam, which did possess an extensive conquered territory, did exercise tourism between their territories. The pilgrimage of the Islamists to Mecca, as well as all the cross-border movements carried out by the citizens of the Islamic empire between the conquered territories, constituted tourist routes that promoted the transport and movement of people.

Also, the spread of the Christian religion in large cities encouraged, in part, religious tourism. In other words, the continuous expeditions to the Holy Land, as well as the crusades to conquer the territory that, for the Christian religion, housed the origin of Christianity, caused the displacements to occur more frequently. However, in both Islam and Christianity, these movements were more compelled by the religion itself than by the personal wishes or impulses of the travelers.

Tourism in the Modern Age

In the Modern Age, with the appearance of the States and the transition to the disappearance of feudalism, the history of tourism once again registered milestones of great significance, as the sector experienced a strong impulse. Especially because of the appearance of the inns and hotels, giving rise to what we know today as a tourist. These overnight places allowed hikers to rest in places other than their place of origin, giving rise to the term, which we knew previously, of tourist.

During the Modern Age, tourism experienced a great boom, especially in leisure tourism. That is to say, tourism that is carried out for the purpose of fun, rest and recreation. The greater institutional stability, until the beginning of the interwar period in the Contemporary Age, provides citizens with greater security for migrations between territories. It is here when the British begin to promote trends such as the "Grand Tour". A route that young British aristocrats made through Europe, in order to cultivate and complete their training in subjects such as art, languages ​​and commerce.

The hot springs also appear. These types of places gain a strong popularity among the citizens of the Modern Age.

During the Contemporary Age, great milestones take place that mark, so to speak, the history of tourism. It is when the final development that tourism needed to live the momentum that it has experienced most occurs. The expansion of tourism with technological and industrial advances experienced a boost that would place tourism as one of the main sectors, already at that time, of the world economy.

And it is that, in the Contemporary Age, for example, there is an economic expansion, as well as a strong increase in income, in the different European territories. The Industrial Revolution had come to Great Britain and, together with the subsequent industrialization of Belgium, as well as the rest of European territories, the consolidation of the bourgeoisie causes these increases in income to translate into greater resources to travel and visit other places.

Also, the consolidation of the colonial territories as economic powers in the world, where a completely direct business had already been established between territories, causes the migration of thousands of people to the United States. The new land of opportunities that even had to implement primers to control migratory flows, since these were a large mass of people. This, encouraged by the development of transport, caused a strong increase in tourist flows.

As we said, it is at this precise moment when James Watt develops the steam engine. This makes the railroad industry, as well as the railroad itself, spread all over the planet. All countries, industrialized and non-industrialized, designed infrastructures to promote the implementation of the railroad in the territories, connecting them with each other. Undoubtedly, one of the great impulses that tourism experienced and that, in addition, increased economic growth.

Thus, travel agencies began to spread, such as the Thomas Cook ravine, or the American Express, which was dedicated to the transport of goods. The railway and steam maritime navigation provide a strong impetus for the development and professionalization of the tourism sector. It is at this time when a tourism sector of great importance for the economy is consolidating. A tourism sector that begins to develop parallel subsectors.

And this is how the tourism sector begins to develop. Subsequently, the appearance of new tools such as the automobile, with Henry Ford, as well as the airplane and large transport ships, already encouraged that final impulse that led to the positioning of the tourism sector as one of the largest sectors of our economy. Being paralyzed only by the interwar period, tourism began to gain presence in the economy, experiencing a great boost after the Second World War. An impulse that came to be considered as the “tourist boom”.

Stability, international cooperation, as well as the peace established between all the territories, also the Bretton Woods agreements, caused a strong impulse of a tourism sector that, later – already in the 21st century -, would become, behind the industry and with a weight in the world gross domestic product (GDP) greater than 10%, in the second largest sector of the global economy.