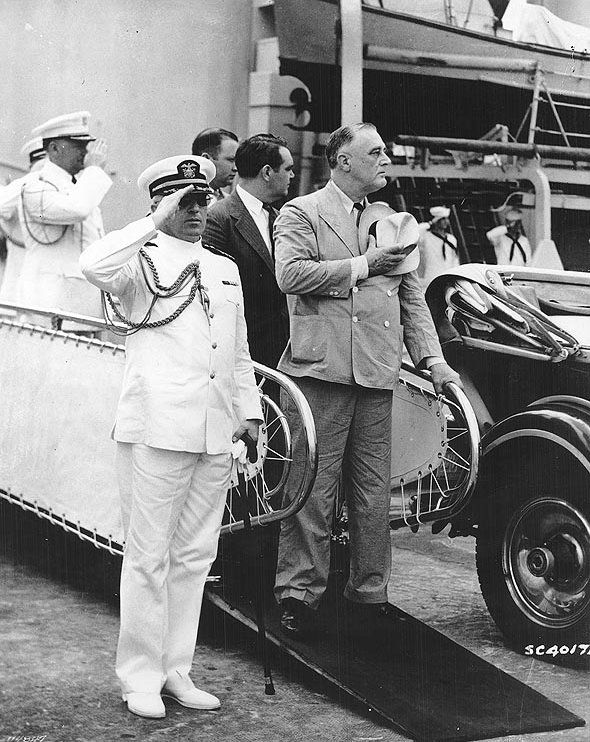 Beyond the human disaster of the battlefields and the bombings, the economy, the supply of resources and the management of them, are a key factor to prevail in a war. Precisely, in the Second World War, thanks to the Lending and Leasing Act, a beleaguered Great Britain was able to continue to stand up to the Third Reich.

By the late 1940s, continental Europe had fallen to the Nazis. Only Great Britain continued to resist the German forces. Fighting alone was not an easy task for the British, as their economy was on the brink of bankruptcy. And it is that, to support a war against a military power like Germany demanded colossal economic efforts.

Thus, the British Prime Minister, Winston Churchill, through a letter dated December 8, 1940, sent an important letter to his American colleague, President Franklin Delano Roosevelt. In that letter Churchill demanded greater American involvement and warned of the risks facing the British economy. In this sense, the British Prime Minister alerted verbatim that British credits in dollars were about to run out, which was also the case with gold reserves. To add insult to injury, German submarines prowled the Atlantic, attacking vital convoys of the British merchant fleet.

At the request of an ally for help, Roosevelt began to think about how he could help Great Britain. For the United States it was vital that the United Kingdom continue to resist against Hitler’s Germany. Thus, an idea sprang up in President Roosevelt’s mind. It was about the lease. The American president himself explained in a simple way how they would help the British. Roosevelt said that if a neighbor’s house starts to burn, the neighbor will not be charged for using the hose. In any case, you will be allowed to use the hose to extinguish the fire, which the neighbor must return once the flames have been extinguished. In this way, the so-called Lend-Lease Law, also known as Lend-Lease, was approved.

The American aid went beyond the economic thing and the North American Navy ships were in charge of escorting the British convoys that crossed the waters of the Atlantic.

A support that was not gratuitous for the British

Churchill said in this regard that it was "the most selfless act in the history of any country." Although it is true that it did not turn out to be such a disinterested act and that it had a huge cost for Great Britain. In this sense, the famous historian Antony Beevor, in his book "The Second World War" explains that an audit of British assets was carried out and that funds would not be sent until all gold and foreign exchange reserves had been exhausted. . For all these reasons, the United States Navy sent a ship to Cape Town to seize the last consignment of British gold deposited in South Africa.

Furthermore, this transcended beyond gold and affected British companies. Thus, British companies located in the United States such as Courtland, Lever and Shell ended up being sold for frankly ridiculous prices. However, the military and economic situation in the United Kingdom was so dire that the British were in no position to raise objections.

This caused unrest among the British population, as the United Kingdom had to face important payments for arms orders to the United States that, even, they had to attend after the end of the war. On the contrary, British demands for weapons helped to get the American economy off the ground.

With the Lease and Lease Act in place, the United States became the so-called "arsenal of democracy." Its powerful industry supplied the arms and supplies necessary to defeat Germany and Great Britain was the main beneficiary of this law.

However, not only the United Kingdom was able to obtain war material, materials and supplies thanks to the Lend and Lease Act. Free France, China and the Soviet Union could also benefit from this law. Of roughly $ 50 billion, $ 31.4 billion went to Britain, $ 11.3 billion to Russia, $ 3.2 billion to Free France, and China absorbed $ 1.6 billion.

But what kind of materials did Lend-Lease recipients receive? Well, the finished ammunition, raw materials and machinery were the main items that made up this Loan and Lease Law.