Scientific management deals with the study of the causes and effects of problems that affect an organization. To do this, it uses systematized knowledge and applies scientific methods such as observation and measurement to improve the efficiency of organizations. 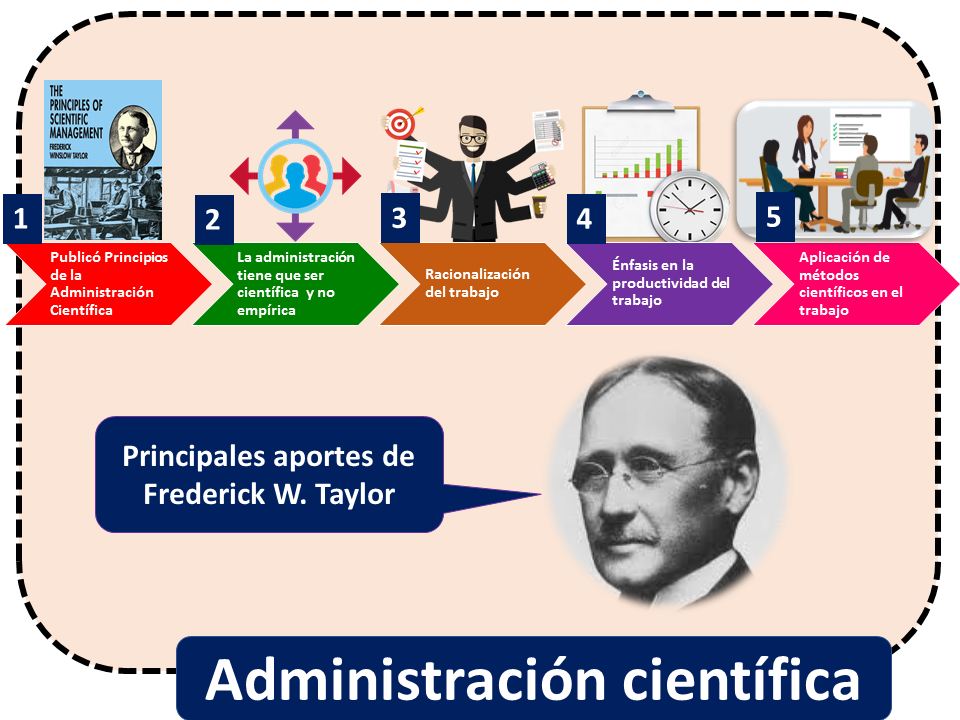 Indeed, scientific administration begins in the late nineteenth and early twentieth centuries. When the changes that were presented above all by the process of the Industrial Revolution caused the processes in companies to change radically.

Frederick W. Taylor is known as the father of scientific administration, since he was the first to make the first contributions to this school.

His main contributions are:

The principles of scientific management proposed by Taylor are:

1. The study and scientific organization of work

In the first place, this principle refers to the fact that administrators must replace inefficient work methods, considering the times, delays, movements, operations carried out and the tools used.

Therefore, this process must be prepared by a group of specialists, who will be responsible for defining the most efficient and economical operating processes. The amount of work to be done by each person under optimal conditions should be established. The more productive a worker is, he should have a better remuneration.

It should be noted that this principle is related to the planning process, it seeks to change improvisation for scientific planning of work methods.

2. Selection and training of workers

Second, this principle seeks to locate the most suitable worker for each type of job. For this, the worker’s capabilities must be taken into account and basic conditions of well-being at work must be provided.

That is, it seeks to have the minimum requirements that the worker must have to perform a task efficiently. This selection should be done in a systematic way, since the better prepared a person is to perform a task, the more productive they will be.

Naturally, it is related to the principle of scientific preparation of workers, which will help them to produce more and better. It is about scientifically selecting workers according to the planned method.

3. Cooperative action between managers and operators

Third, this principle claims that the interests of the workers and the employer are the same. To achieve this, he proposes that labor remuneration be made based on the productivity of the worker. So that the worker who produces more earns more.

This implies that work and responsibilities are similarly divided between managers and workers. To achieve this, it is required:

Likewise, this is related to the principle of control because superiors must verify that the execution of tasks is carried out in the best possible way.

4. Responsibility and specialization of superiors in work planning

Of course, the superiors do the mental work and the workers the manual work, achieving the division and specialization of work. The division of labor allows tasks to be carried out more efficiently. Tasks are assigned to be performed in a scientific and disciplined manner.

Among the most important advantages of scientific management we find:

The most important disadvantages are the following:

In conclusion, we can affirm that what scientific administration establishes is that the scientific method must be applied to solve administrative problems. The most important thing for Taylor was to increase work productivity. This was achieved with the division and specialization of tasks. But above all, using salary incentives.