A cartel is a formal agreement between two or more companies in order to reduce competition between them and increase their profits or joint profits. 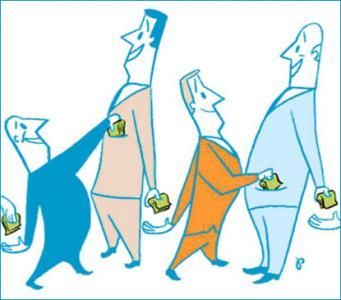 A cartel is the formal expression of a collusion agreement. This implies that the firms explicitly agree on the level of certain competitive variables such as price, quantity, distribution of clients or areas, etc.

Characteristics of a cartel

As a summary, let’s look at the main characteristics of a cartel:

The aim of the cartel members is to increase joint profits at the cost of reducing or eliminating competition. In this way, it is intended to act as a monopoly by raising prices, reducing the quantity and increasing the profits obtained from sales.

Possibility of establishing a cartel

Although it is very convenient for firms to form a cartel, there are two major impediments to doing so. The first is that cartels are illegal, so companies must try to hide their actions. The other impediment is that members are tempted to deviate from the agreement to increase their earnings individually. Thus, for example, if all members reduce production and raise prices, each member may observe that by increasing their production a little (secretly) they can take a larger slice of the profits.

The possibility of establishing a successful cartel will depend on several factors, including:

In general terms, it is easier to create a cartel when: there are few competitors (it is easier to negotiate), the product or service is homogeneous (not differentiated), there are significant barriers to entry (otherwise the profits attract new competitors), the market is transparent in terms of prices (it is easy to see if a company has changed its prices), among other factors.

Effects of a cartel

Cartels have pernicious effects on the economy. They reduce competition by negatively affecting consumers through higher prices, less quantity, variety and quality. Furthermore, in the long term they reduce innovation and overall economic development.

Currently, the vast majority of countries have competition laws that prosecute and sanction cartels. The body in charge of investigating and prosecuting these behaviors is the Competition Agency.

One of the best known cartel examples is OPEC.

OPEC (for its acronym, Organization of Petroleum Exporting Countries) is an organization made up of a group of countries that control a large majority of oil production worldwide.

With the aim of stabilizing the price of oil and that their income cannot be affected, they hold meetings to control the production that is emitted to the market. In this way, adapting production to demand so that the price of a barrel remains stable and, therefore, income does too.

In this way, OPEC is acting like a cartel. Well, they manipulate production to increase their profit.

Another well-known example, perhaps in the movies and popular culture, is that of the drug cartels.

In other words, agreements between drug trafficking groups to, all together, agree on the price of the drug and, in this way and in the absence of competition, increase the profits of the cartel and control the entire market as if it were a monopoly.

Mexico’s Sinaloa cartel, led by Joaquín Guzmán (El Chapo), is one of the best known.

Nor can we forget the father of these drug cartels. Pablo Escobar, leader of the Medellín cartel in Colombia, led one of the largest drug cartels in the world. Such was its power that it controlled more than 90% of the cocaine in the entire planet.