Lehman Brothers was an investment and financial services bank founded as a family business in 1850 and dissolved in 2008. It became the fourth largest US investment bank, but its exposure to excessive risks such as subprime mortgages led to its demise. . 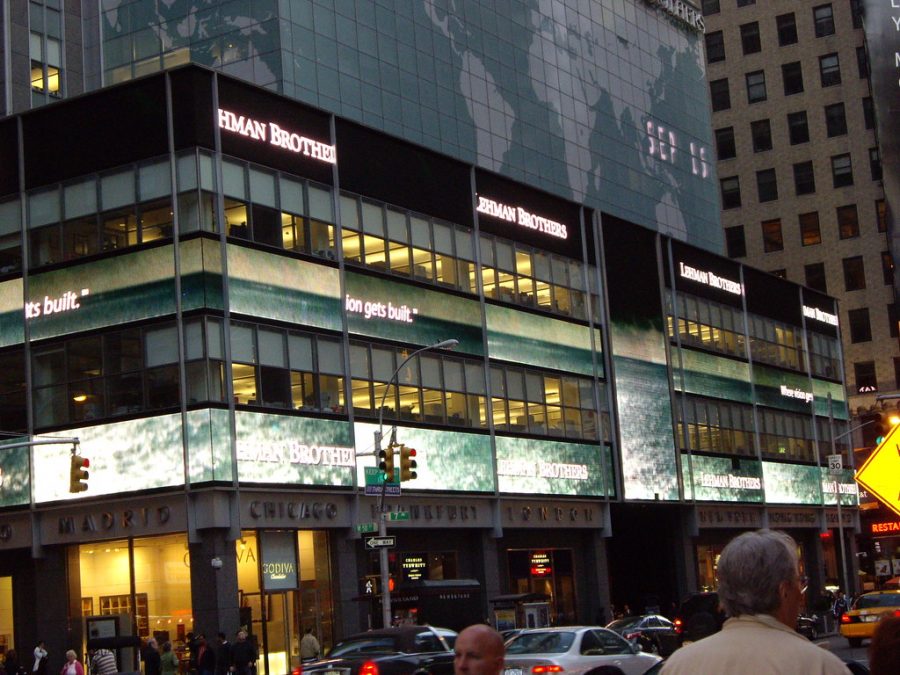 Created in 1850, the Lehman Brothers name is due to a family business between the brothers Henry Lehman, Emanuel Lehman and Meyer Lehman. In its beginnings, due to the high price of cotton, it accepted it as a means of payment. Later, they treated this raw material and took care of its commercialization.

The expansion of the company resulted in the relocation of its headquarters from Montgomery, Alabama to New York City. There, over the years, the company opted for diversification, taking part in other sectors such as railways, coffee and tobacco.

The prosperous 1920s ended in a painful way in the United States with the crash of 29. Despite the unfavorable economic context, Lehman Brothers remained a solvent and profit-making company at all times.

The diversification strategy of Lehman Brothers continued, which led them to enter the media sector in the 1930s. Thus, Lehman Brothers landed in the world of television and radio together with Radio Corporation of America.

Lehman Brothers becomes a giant in the financial sector

However, the moment of great growth in the banking sector would take place in the 70s. Therefore, two stages must be distinguished:

Despite being a powerful investment bank, Lehman Brothers was not without its difficulties. For this reason, in the 80s, to overcome its financial problems, it came to ally with American Express. However, this alliance would last until the first decade of the 21st century.

The subprime crisis is brewing

An event would have a special impact on American banking and also on American society. In 2002 there was a big drop in interest rates in the United States. This measure was intended to facilitate the purchase of a home among US citizens.

In this context, banks in the United States began to grant endless loans. Banks hardly required collateral from customers. Their income, their level of indebtedness, liquidity or their employment situation were not examined. This was the origin of the so-called "junk mortgages", which would have such dire consequences in the great crisis of 2008. This great real estate bubble would be the one that caused the fall of Lehman Brothers.

Thus, with a massive granting of credits, regardless of the guarantees, a real estate bubble began to take shape in 2003. To this budding economic fire had to be added the arrival of a new financial product, CDOs or debt-collateralized obligations.

CDOs allowed the buyer to earn the seller’s future income. It should be noted that CDOs are structured in tranches and the collection rights will depend on the seniority of the investor. Thus, in the event of default, older investors will be more protected than new investors. In this way, new investors will be the first to assume the loss of their funds.

Well, the problem with the subprime crisis that caused the collapse of Lehman Brothers was that the mortgages were associated with the CDOs that we have previously explained.

There came a time when clients could not afford to pay their mortgages. Bad debts were on the rise and banks began to sell their debts. Like an epidemic, defaults and debt spread throughout the world.

For his rescue there were only two options:

The Lehman Brothers bankruptcy and the consequences for the world economy

The inability to find a buyer and the US government’s decision to drop Lehman Brothers led to the bankruptcy of the entity. On September 15, 2008, Lehman Brothers declared bankruptcy. This was the end of a company that had emerged unscathed from a civil war and the crash of 29, but it also represented the starting signal for one of the toughest economic crises in history.

The consequences of the fall were felt beyond the borders of the United States. The states had to come to the rescue of many financial institutions, saving those who caused the crisis. Private debt was made public, states were in debt to insolvency and had to adopt harsh adjustment programs. At the same time, public distrust of banks grew and labor rights were lost as a result of austerity policies.

There is no doubt that the collapse of Lehman Brothers had a very severe impact worldwide. The exit from the crisis, also known as the “great recession”, was a path marked by great sacrifice.