The Gann fan is a technical analysis tool that is made up of trend lines with different angles of inclination. 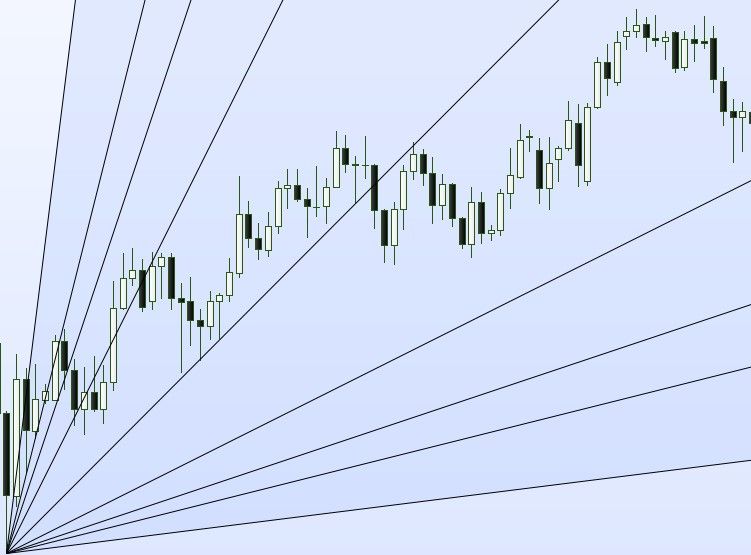 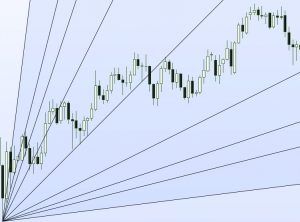 The angles are named after their creator WD Gann. Gann was a stock market analyst who in the 20th century wrote his fundamentals for trading in his book "The basis of My Forecasting Method." This work, which consists of just over 30 pages as a manual, was published in 1935.

Gann established a baseline trend line. That line is the 45 degree slant trend line. From it the other lines are generated. The Gann fan is made up of 8 lines in addition to the 45-degree line. 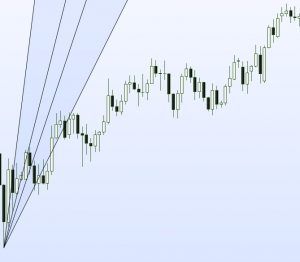 They represent units of time by units of price. For example line 1 × 2, you want to move two units in price for each unit of time. 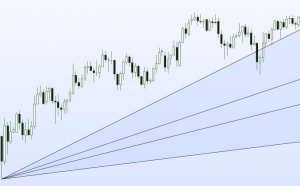 In the same way, there are 4 lines below the 45 degree line. These lines are longer term lines, they are much more useful and are used for the general market trend.

They represent units of time by units of price. For example, the 2 × 1 line, you want to cycle one unit of the price for every two units of time.

The usefulness of the techniques proposed by Gann has been highly questioned by both traders and technical analysts. However, it is a very popular and widely used tool today. Gann established his method three factors to study that are reflected in the angles:

In this sense, Gann used these lines as support and resistance. And, after that, it was helped by complementary patterns to operate on daily, weekly and monthly charts. One of the simplest uses is to first establish the general trend of the market. For instance: 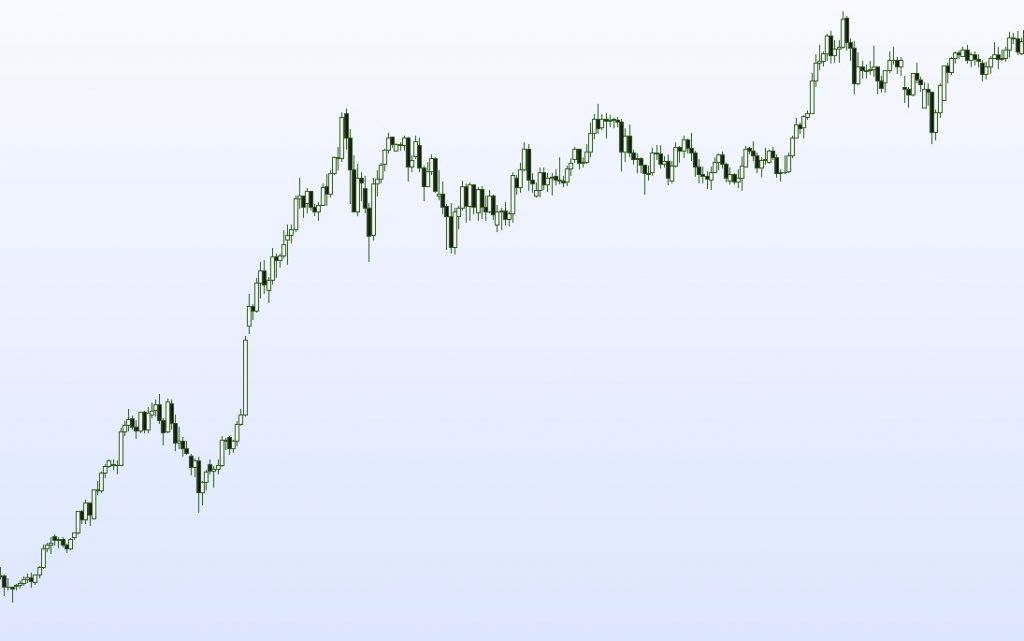 In the previous graph, it established that the trend was bullish, through various different tools at its angles. With this in mind, I would use the 45 degree lines and the ones below as support: 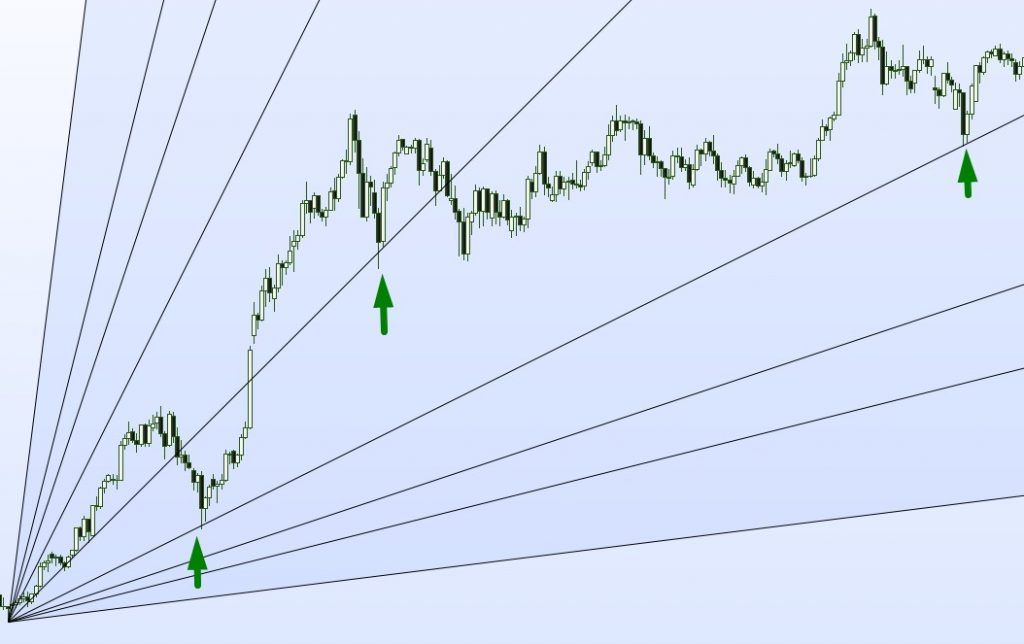 It would fan out from the benchmark low and enter long when price bounced off the lines representing the angles.