Despite being called the Cold War (1945-1989), this historical period did not mean an armed conflict, but consisted of a series of political, military and economic tensions that confronted the United States and the Soviet Union. 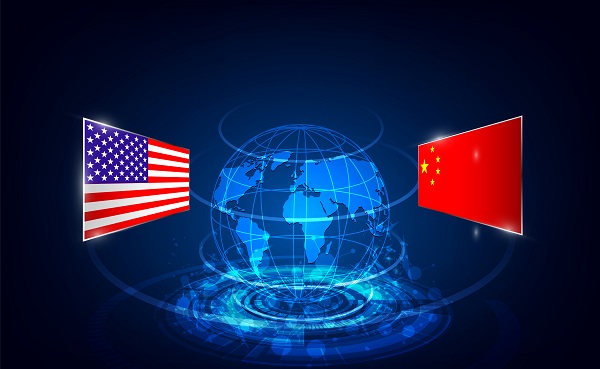 Although an open war did not break out, it did lead to economic warfare, to participate in regional conflicts or to promote an arms race, especially at the nuclear level.

From World War II to the Cold War

While the Western allies sought to establish democratic governments with free market economies, the Soviet Union sought to enforce its borders. Therefore, for the survival of the Soviet regime it was imperative that Eastern Europe be controlled by Russia. Thus, what the British Prime Minister Churchill called "the Iron Curtain" was established. This "iron curtain" was a geographical border that grouped the Soviet Union and its allies in Eastern Europe under the communist political system.

Two events led the United States to become decisively involved in containing communism. We are facing Soviet attempts to expand its influence in Iran and Greece.

During World War II the United Kingdom and the Soviet Union had occupied the country. Thus, Iran was an oil-rich state of strategic interest in a region like the Middle East. While the Russians tried to promote separatism in the north and supported the Iranian Communist Party, the British made efforts to control the Iranian government. The mess was resolved favorably for the West when the United States took action on the matter, the Soviets withdrew from Iran.

In Germany, tensions between the Western Allies and the Soviet Union would reach a fever pitch. Thus, Germany had been divided into four zones of occupation: French, British, American and Soviet. While the Western allies had opted for an economic integration of the country and the establishment of a democratic system, Russia turned its occupation zone into a satellite state.

The differences between the West and the Soviet Union left Germany divided in two: the Federal Republic of Germany (pro-Western) and the Democratic Republic of Germany (pro-Soviet). A particularly sensitive episode was the blockade of Berlin, which took place until October 1949, although the Americans managed to supply the city by airlift. Germany would have to wait until 1991 to be united again.

The strong tensions of the German experience led the world to bloc politics. In this way, the Western world was integrated politically, economically and militarily. In this sense, the NATO military alliance, created in 1949 by the United States, deserves to be highlighted. In contrast, the Soviet Union brought together the communist countries of Eastern Europe under another military alliance called the Warsaw Pact (1955).

The Arms Race, the Missile Crisis, and the Vietnam War

By 1949 the United States was no longer the only military power with nuclear weapons in its arsenals. The Soviet Union had managed to manufacture its first atomic bomb. All this would lead to an arms race in which the United States developed the hydrogen bomb in 1952. In parallel, an aerospace race was also taking place, with Russia putting the first artificial satellite, known as Sputnik, into orbit.

In weapons development, the Americans and Russians put their ingenuity in the creation of new weapons, such as nuclear submarines. Meanwhile, other countries such as China, France, Russia, Great Britain, Pakistan and India were creating their own nuclear weapons.

After the North American attempt to overthrow the Communists in Cuba, the Soviets installed nuclear missiles in Cuba with the capacity to reach the United States. President Kennedy opted for a blockade of the island. After several days on the brink of a major conflagration, US President Kennedy and Soviet President Khrushchev reached an agreement. The Soviet Union withdrew from Cuba in exchange for the United States promise not to invade the island and to withdraw its nuclear warheads from Turkey.

Fearing nuclear war, international conferences were held to establish limitations on nuclear weapons. Along these lines are the Moscow Treaty of 1963, which agreed to prohibit nuclear detonations in the atmosphere and the Nuclear Non-Proliferation Treaty of 1968, which prohibited access to nuclear weapons from other countries. In the same style, the SALT agreements were signed to establish limitations on nuclear arsenals.

Despite the mutual fear that a war between the United States and Russia aroused, the communist bloc and the western bloc did clash in regional conflicts such as the Korean War (1950-1953) and the Vietnam War (1955-1975). In Korea, the country was divided into two, with the communist north and the south aligned in the western bloc, while, in Vietnam, not even the US military intervention (1965-1973) managed to make the country fall into the hands of the communists.

The resurgence of the Cold War

With the international prestige of the United States greatly affected after the Vietnam War and the 1973 oil crisis, the Soviet Union saw an opportunity to consolidate its political and military hegemony worldwide.

Thus, the arms race experienced a new impulse, rekindling the nuclear rivalry. Meanwhile, the Soviet Union increased its military presence in countries such as Afghanistan, Mozambique, Angola and Ethiopia. However, the Russian military intervention in Afghanistan proved disastrous for the Soviets, whose international reputation was seriously eroded, while the war caused profound consequences within Russia.

In 1981 Ronald Reagan won the United States elections and, trying to give the United States back its hegemony and prestige, he opted for what became known as "Star Wars", a defense system to protect the United States from possible threats. Soviet nuclear attacks. Despite strong tensions between the world’s two great military powers, the desire to keep the peace prevailed.

A defining event at the end of the Cold War was the rise to power of Mikhail Gorbachev in the Soviet Union (1985). The arms race had demanded considerable economic efforts from the United States and Russia, and Gorbachev was determined to embark on an important agenda of reforms and rapprochement with the West.

In these years the West and the communist world approached positions. This was reflected in agreements to dismantle nuclear weapons, in the establishment of relations between the United States and in the Soviet withdrawal from Afghanistan.

Both poles were moving towards understanding, the communist bloc was dismantled and the Berlin Wall fell in 1989. Despite the fact that the Warsaw Pact was dissolved, in the Western world, NATO continued to be active.

The Cold War was not only a political and military challenge between the capitalist world and the communist bloc. It was also a real struggle on the economic plane.

At the end of the war, not only the cities of Europe were in ruins, but also its economy. To achieve European recovery, the United States implemented the Marshall Plan. With this recovery plan for Europe, the aim was to rebuild a prosperous continent, capable of acquiring US exports and which, in turn, would contribute to recovering agricultural and industrial production.

Through the ACE (Administration for European Cooperation), the aid was distributed among the different countries of Western Europe. Later the ACE became the OECE (European Office for Economic Cooperation). A total of $ 13 billion was distributed among European nations in order to restore their economies. However, the Soviet Union and the Eastern European countries under its influence were left out of this plan. Thus, the United States became the great creditor of Western Europe.

The results showed that the Marshall Plan was a key instrument in the recovery of the European economies. Thanks to the strong injection of capital from the United States, Europe was able to source raw materials and industrial goods. By the 1950s, the effects of the Marshall Plan began to be felt, leading to spectacular economic growth figures in countries like Germany.

Rivalry between the western bloc and the communist bloc

In any case, in the 1950s, both the Soviet Union and the United States experienced a favorable period of economic growth. The institutions that emerged in the heat of the Bretton Woods agreements laid the foundations for a new economic order. Thanks to agreements like the GATT and institutions like the IMF, international trade flourished and capitalism lived its heyday. The dollar became the reference currency in commercial exchanges, a gold dollar parity system was implemented and the International Monetary Fund (IMF) was in charge of maintaining monetary stability.

Thus, the decades of the 1950s and 1960s were marked by economic prosperity in the capitalist bloc. In the United States, the population grew, business activity went from strength to strength and Keynes’s thesis was consolidated, betting on demand policies through social and military spending.

At a time like the Cold War, in the midst of political and military rivalry with the Soviet Union, military spending had a huge weight in the US budget. Thus, only ten companies accounted for 30% of defense spending in the United States, among which names such as Boeing and McDonnell-Douglas should be highlighted.

Military aid to third countries and the wars in which the United States (Korea, Vietnam) directly or indirectly embarked, allowed its enormous arms production to be released.

Due to the 1973 crisis, the United States lost part of its economic hegemony, stopping its economy and inflation runaway. The consequences were also felt in Europe and unemployment rose considerably.

Thus, in the 1980s, the West had to emerge from the crisis, moving from Keynes’s ideas to neoliberal ideas, privatizing public sector companies, betting on a greater weight of the service sector and modernizing its industry.

While this was happening, the Soviet Union and the countries in its area of ​​influence were grouped in the Council for Mutual Economic Assistance (COMECON), which sought to confront the West on the economic plane. This organization, led by the Soviets, sought economic cooperation between communist countries.

The Council for Mutual Economic Assistance was divided according to the type of raw materials and industries of its members. This supranational organization would reach its zenith in the 1970s, just as the 1973 crisis was wreaking havoc in the United States and Europe. However, the collapse of the Soviet Union would mark its end in 1973.

There were various factors that marked the economic decline of the communist bloc and the Soviet Union in particular. Along these lines, the communist countries had significant energy deficits and showed little productive agriculture. Soviet industry, which had been largely devoted to the production of military equipment, had also become obsolete in its ability to produce consumer goods.

Finally, a great evil afflicted the Soviet Union, was the corruption of the State, which generated supply problems. Furthermore, to access certain products, one had to resort to the black market paying exorbitant prices.