Capital is one of the four factors of production, which is made up of durable goods destined for production. 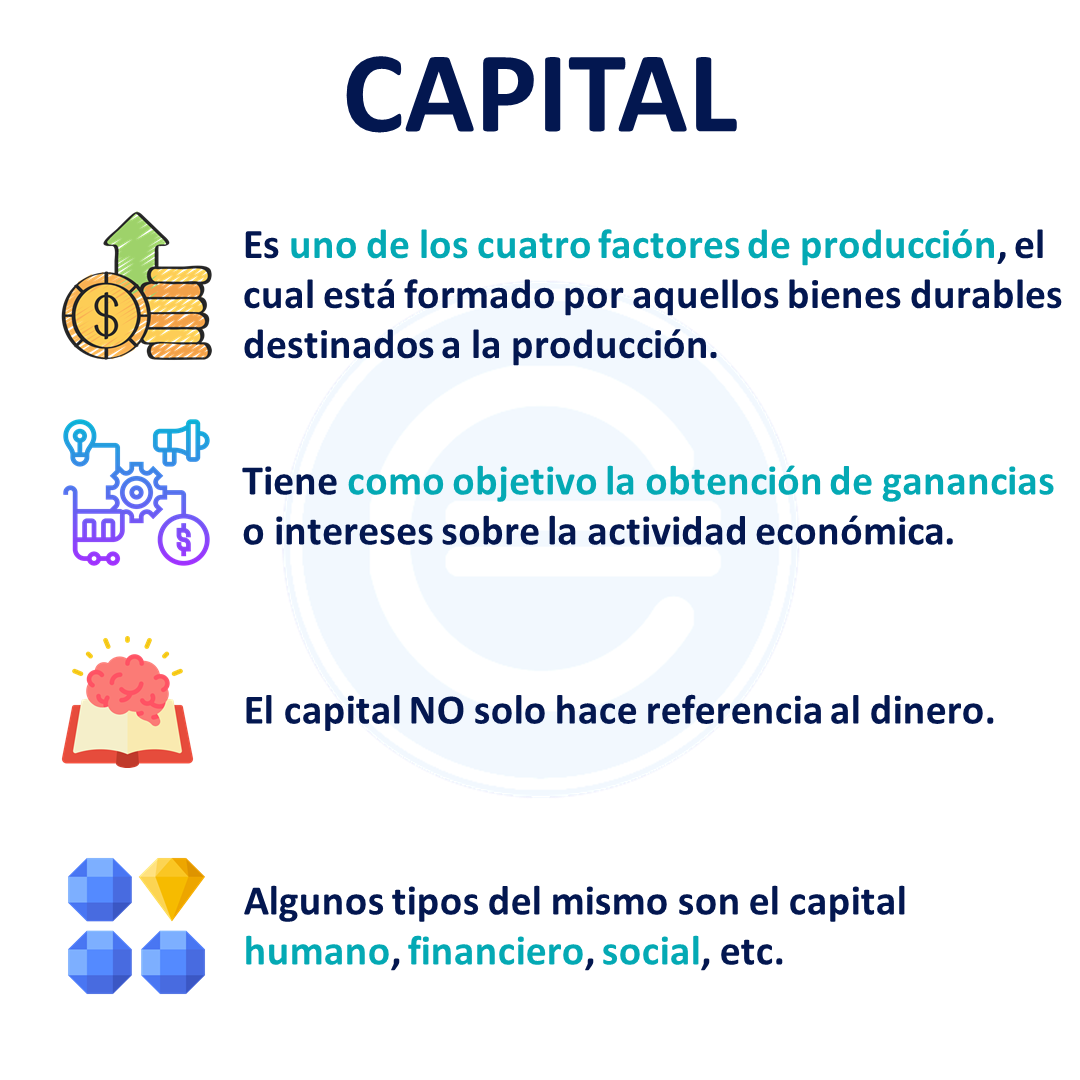 Capital is one of the four factors of production along with land, labor and technology. It is characterized by comprising all durable goods that are used to manufacture other goods or services. Thus, for example, an oven is part of the capital of a baker since he uses it to cook bread (another good) and the services that it provides will last for several years.

Along these lines, capital serves to generate value. This, through the manufacture of other goods or services or by obtaining profits or profits on the holding or sale of securities.

To produce goods or services, capital must combine with other factors of production. The precise combination will depend on the technology used and the characteristics of the good or service produced.

Capital increases the productivity of the other productive factors. However, if capital remains fixed and the rest of the factors increase, the rise in productivity will be decreasing (law of decreasing marginal productivity).

Capital also refers to the financial resources that are invested in a certain project for the manufacture or sale of services. In addition, capital is also considered to be interest earnings or other financial gains.

The capital’s objective is to obtain profit or interest on the economic activity or financial instrument where the money is invested. Its main characteristic is that it is a factor that can be used to generate more value. Although the mere possession or investment of this in a project does not ensure that the result will be successful.

In the case of companies, the partners make a capital contribution in the form of money, goods or knowledge with the expectation of obtaining a profit in the future.

Likewise, in the case of financial instruments, people invest their capital in them hoping to obtain a profit when reselling it or from the interest generated during the time they keep the asset in their property.

Capital can be grouped into several categories. Here are some examples of these categories.

It is worth mentioning that what we call capitalism is an economic and social system that is based on the idea that increasing capital through private investment is the mechanism for generating wealth.