Administration is the process that seeks through the planning, organization, execution and control of resources to give them a more efficient use to achieve the objectives of an institution 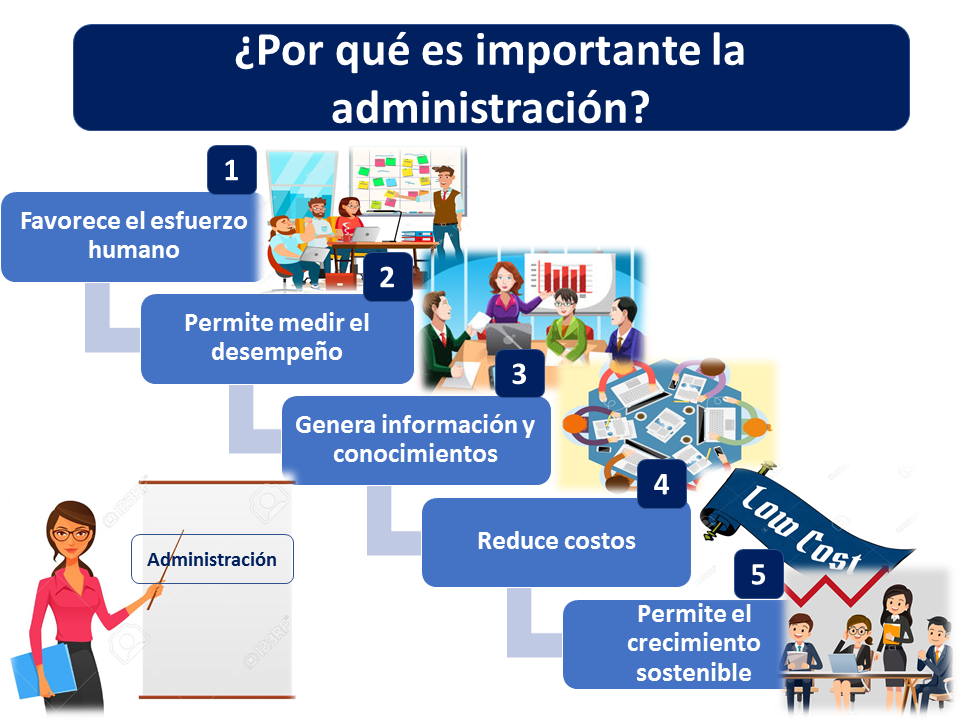 In reality, for the administration to achieve its objectives, it has to make use of the human, intellectual, material, technological and financial resources that are possessed in a coordinated way. This, seeking stability, maintenance and growth of social groups or institutions. The key person in the administration is the administrator.

In this sense, the task of the administration supposes to achieve the objectives working in subordination of someone else, so a hierarchical relationship is needed where one works under the command of another.

Likewise, informal institutions have norms, but they are not written, as is the case of a family where administration can also be applied, because resources must still be administered to fulfill its objectives.

History and origin of the administration

In summary, it can be said that the origin and history of the administration dates back to the beginning of humanity. This, when people had to organize themselves for basic tasks such as gathering food and building their homes.

In the ancient age, some developments in administration issues can be found in Egypt, Greece, Rome, China, Babylon, and Sumeria. Later, in the Middle Ages, there were some contributions related to the decentralized administration of feudalism, while in the Modern Age the Industrial Revolution took place, which played an important role in the search for improvements in production methods.

Finally, it was from the twentieth century that administration became a formal science, highlighting, among others, the ideas of Fayolism and Taylorism.

The main benefits or advantages that highlight the importance of administration are the following:

2. It allows to measure the performance of the institution

In addition, the administration helps to have performance indicators and allows them to be measured quantitatively. Which provides institutions with a set of variables that are objective and measurable, which become simple and reliable data that can be used to monitor how the institution is performing.

Relevant information and knowledge is also generated on the correct way to use the institution’s human, intellectual, material, technological and financial resources, so that they are used to the maximum.

Consequently, if resources are used efficiently and their use is maximized, costs tend to decrease, which favors the performance of the organization.

Then, the increase in efficiency, the correct achievement of objectives and goals proposed by an institution, gives them the possibility of continuing to grow in a sustainable way over time.

The most important characteristics of the administration are:

For its part, universality is related to the fact that the administration can be used in any type of institution or social group. It can be a formal, informal, private, public institution, among others. This, since they all want to achieve their goals using resources correctly.

Since, the administration can be related to any science that uses methods, principles and processes that make that the resources are used efficiently.

Then, the administration is eminently practical, that means that it is an instrument that is used to achieve a specific purpose, that is, each organization that applies it seeks to achieve its own objectives.

Therefore, there must be a hierarchical unit for it to function, because there must be a boss who is in command and a chain of subordinates, to chain the efforts of all towards the achievement of the common goal.

6. Its application is wide

We must consider that the administration is related to and is assisted by many other sciences and techniques, but it cannot be confused with other areas because it has a specific character.

It turns out that its flexibility is based on the fact that it can be applied in any type of organization regardless of the field in which it is dedicated and they adapt to its needs, so it cannot be rigid.

The types of administration, depending on the type of organization in question, can be:

Similarly, administration can be classified according to the subject being managed, which can be financial (in the case of capital), commercial (in the marketing area), processes, human resources, etc.